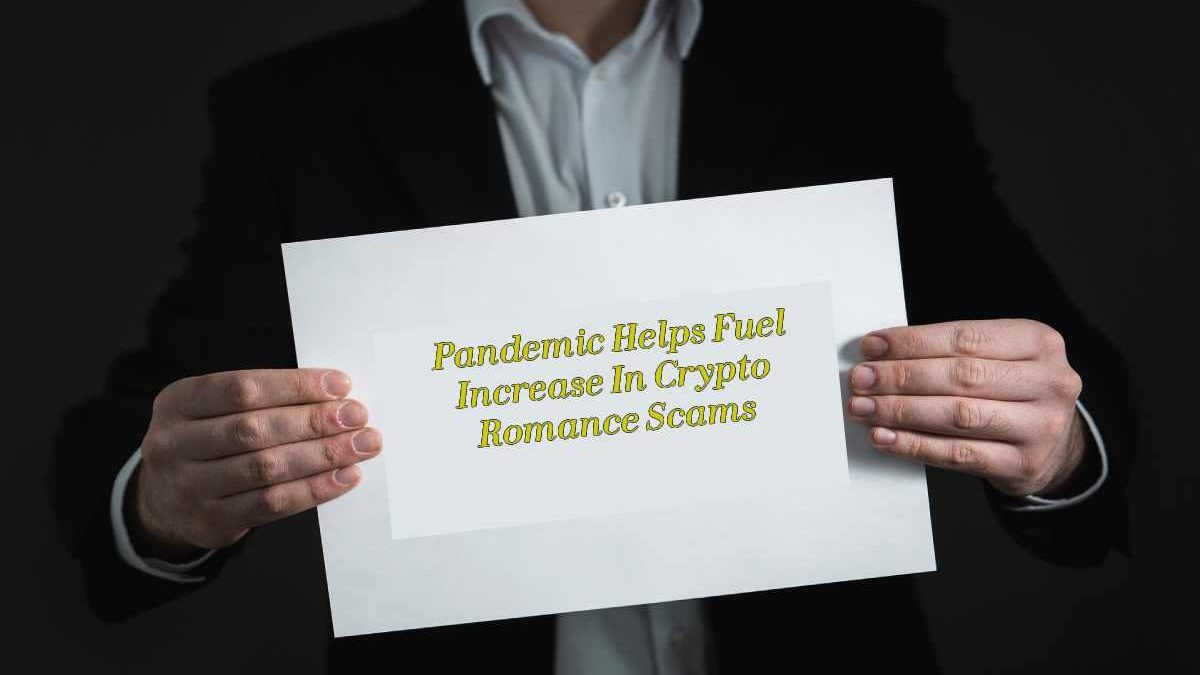 Online romance scams had already been increasing in frequency since before the start of the coronavirus pandemic. Since the beginning of the pandemic, the number of scams has grown just as cryptocurrency prices had in 2020 and beyond.

After breaking records comparable to the boom in the online casino industry, there were more than 56,000 reports of romance fraud received by the Federal Trade Commission in 2021. This was an increase of more than 70% from the previous year.

What Is a Romance Scam?

The pandemic is the single factor that likely contributed to the exponential growth of romance scams. It provided the perfect excuse for scammers not to meet their potential victims in person. Once a potential target’s trust is gained by romancing them, the scammers will make the victim believe they are a successful investor and offer advice for fake investment opportunities that most often involve cryptocurrency.

Cryptocurrency was the number one method victims used to pay romance scammers last year, totaling about $139 million. That’s an increase of more than five times the amount lost in 2020 to the same type of scams. According to data from the FTC, about $121 million was lost by way of bank transfers, with another $93 million paid through wire transfers last year.

The Global Anti-Scam Organization is a nonprofit which helps represent victims of crypto romance scams. Its deputy director, Jan Santiago, says that these scammers aren’t targeting the usual older victims who are less tech-savvy. Instead, they target younger educated women on dating apps, with mostly millennials being the biggest victims of the latest scams.

How The Scam Works

Scammers will attempt to move conversations with their victims from a dating app to an encrypted messaging app such as WhatsApp to make it more difficult for businesses or law enforcement agencies to track the activity.

After romancing the victim, the conversation will eventually turn to cryptocurrency. The scammer will pose as a successful investor and offer to help the victim invest their money for low-risk returns.

These scams are sometimes very elaborate and labor-intensive than anything seen in the past. Victims have described cases where they were directed to realistic-looking sites showing prices and tickers featuring various cryptocurrency assets. Victims are sometimes even allowed to withdraw small sums of cash early in the scam to make them feel more comfortable depositing larger amounts later.

Ultimately, when the victim is ready to withdraw funds again, the scammers will make excuses for why they can’t withdraw and inform the victim that taxes or additional fees must be paid or that they haven’t met the minimum account balance for a withdrawal. The scammers will eventually stop responding once the victim refuses to send more funds.

Because romance scammers are very persistent and have a lot of patience, it’s common for many victims to send money to them multiple times over a long period for various reasons. The scam is psychological and can make a lot of money for the scammers while destroying the lives of the many vulnerable, lonely victims.

How to Avoid Becoming a Victim

Anyone who is the victim of a romance scam online should report the activity to their bank and contact the FBI. Some of the agency’s recommendations are to not take investment advice from anyone you’ve only contacted and spoken to online.

Also, never disclose your financial information and avoid anyone who claims you can make an easy profit through exclusive investment opportunities. These typically urge you to “act fast” or miss out on the opportunity.

The absolute safest thing to do to avoid being scammed is not to look for romance online and always remain cautious about all of your online relationships, whether they’re romantic in nature or not. Being aware of the signs to protect yourself from being a victim is the best way to protect yourself and avoid being prone to any online scam.

Step by Step Guide to Buying Your First Crypto Coin

Cryptocurrencies Emerging as the Top Option for Younger Bettors

What’s the Future for Hybrid Workplaces for Startups and Technology?

How To Track Your Child’s Cell Phone Location

Why Your Company Can Benefit from AV Technology