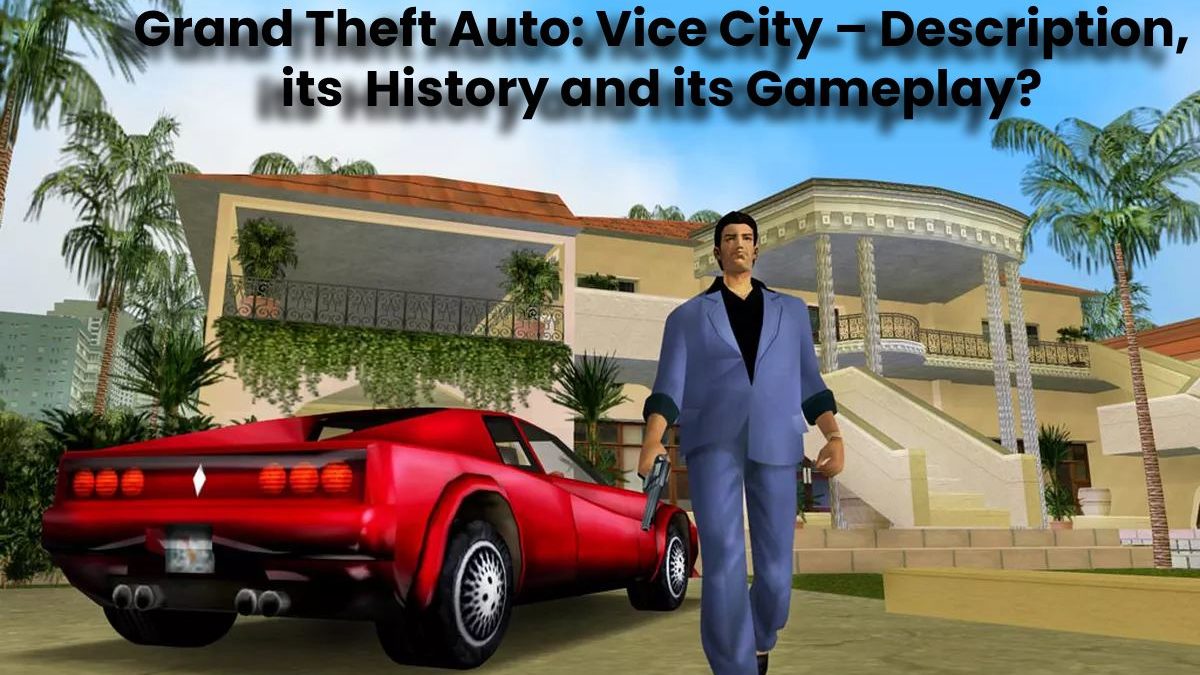 Vice City and GTAVC ) is the sixth episode of the Grand Theft Auto series developed by Rockstar North and published by Rockstar Games released in November 2002 on PlayStation 2, in May 2003 on PC, in January 2004 (Europe) on Xbox, in December 2012 on iOS and Android and in December 2015 on Play station 4.

It uses an improved version of Render Ware. The game engine of GTA III, and reproduces like a large city with its buildings, vehicles, and its inhabitants.

Huge success like its predecessor Grand Theft Auto III quickly became the best selling game of 2002, and, in July 2006, it was still the best selling PlayStation 2 game on the North American market.

It appears in the list of one hundred favorite games of the readers of the Japanese magazine Famitsu in 2006. In all, this game had sold 9 million copies worldwide at the end of 2003.

Like his predecessors, the player plays a criminal (here Tommy Vercetti) who has to make a name for himself in a fictitious city (here Vice City). Miami strongly inspires this city.

Much of the game’s action concerns the empire of crime that Vercetti is building. Based particularly on drug trafficking, counterfeiting, assassination contracts, or the protection tax. The story evolves as the player fulfills the missions assigned to him, gradually taking control of the city.

In line with the gameplay of Grand Theft Auto III, which had renewed the principle of the series, the gameplay of Vice City is very open. It offers great freedom to the player who can walk anywhere in the city. even if some sectors are only accessible once certain missions are completed. As with previous GTAs, weapons are hidden throughout the city as well as “hidden packages”. That allow you to unlock specific bonuses when the player has collected enough.

The player can steal all types of vehicles, rob shops, shoot pedestrians, and generally spread chaos. However, these various offenses attract more or less the attention of the police. Who will send the number of patrols accordingly (before handing over to the FBI or even the National Guard in extreme cases). The behavior of the police remains similar to that of GTA III. Still, it has new techniques such as the installation of studs on the road to puncture the player’s car’s tires. And the sending of SWAT troops helicopter-borne near the player and cars inspired by the Two cops series in Miami.

There is a new force capable of enforcing the law: the security guards patrol certain parts of the city, but they are only armed with a simple pistol and cannot stop the player. New kinds of vehicles are emerging, such as motorcycles and helicopters. Unlike GTA III, there are no planes in this album, but there is still a seaplane.

A new feature in the game is the ability to purchase individual buildings in the city. These often act as a simple hideout (place of backup and stockpile of weapons) but can also be a “trade”. The types of business vary. And range from the strip club to the taxi company, the porn movie studio, and the printing house. In this case, a certain number of missions are attached to the building in question. And aim to make the business flourish (by eliminating competition or stealing equipment, for example). When all the business missions is accomplish, the property provides a regular income that Tommy can regularly collect.

Different gangs frequently appear in the game, some even playing a role in the story’s events. These gangs often have a positive or negative appreciation of the player. Appreciation which evolves according to the missions which the player accomplishes, and shoot him or not consequently.

Shootings between rival gangs can occur spontaneously in the city, and many missions involve the player in these gang wars.

For More: The Pink Charm

Logo Design Ideas – Do you want to make a memorable impression with your company logo? Or maybe you’re ready…

Digitize your Business QR Code with the global economic crisis, one of the biggest lessons learned is the importance of…