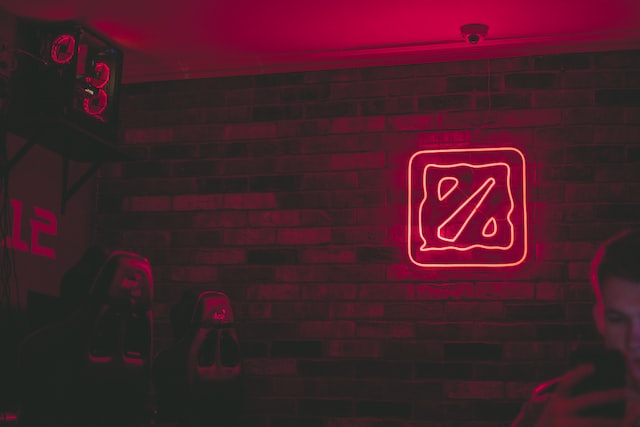 A game that is always in the top of the most popular games of the month, but at the same time has a disgusting reputation as one of the worst sources of bile and toxicity in the entire gaming industry. The game has very strong esports, and just in October, the largest esports tournament for this game, The International, usually takes place. The largest prize pool in esports, the most viewers, a huge number of teams and staff – all this attracts a lot of attention.

Even though it was first introduced in November 2004, World of Warcraft is still one of the most important multiplayer games available right now. It boasts fantastic gameplay, a deep plot, and a boundless open world for you to discover. The game’s action is set in the Warcraft universe and follows the exploits of well-known characters for Blizzard’s fantasy strategy aficionados. The player has access to tons of plot text, numerous new characters, and miles of open world with each addition, which functions as a single chapter or even volume. However, if you are going to try WOW for the first time, you will be much more comfortable joining a game with a higher rating. And if you are new to the game, you can do it quickly only with a boosting service like skycoach. The company of professionals on the map will allow you to quickly fall in love with the game.

This edition revolutionized the first-person shooter genre and altered the nature of multiplayer competition. While the addition of killstreak and level-up systems, weapon customization, and prestige mode will provide a new sense of progression and retention to multiplayer games that have inspired generations of gamers, Modern Warfare’s single-player story remains unparalleled in this field. The release of Call of Duty 4: Modern Warfare was historic and jolted the video gaming industry and still has us reeling.

The Witcher 3 is the closest a game has ever come to mastering the fantasy RPG formula. The game placed us in the role of a sour monster mercenary and then left us free in a world of epic missions, complicated personalities, and moral difficulties. It was based on the rich fantasy novels of Andrzej Sapkowski. Even if Wild Hunt is your first Witcher game, the main quest’s family of outcasts will feel familiar and significant as you fight story battles with them.

The core of the online shooter Counter-Strike is the conflict between the terrorists and the counter-terrorists (special forces). Each team has an objective in the round, and if they accomplish it or completely demolish the other team, they win the round and get a match point. The team wins the match when they have won a predetermined number of rounds. Despite the game’s obsolete aesthetics and the fact that more than a decade has passed, many people still play it, including teenagers and those in their 30s.

A shooter with a remarkably sophisticated engine, almost every object having actual physical signs. Together with the gravity cannon, this allowed for a lot of experimentation, and game developers used it to create puzzles and combat situations. Opponents may be simply shot at, or red barrels could be thrown. There are several reasons why Half-Life 2 is unique. They don’t call this one of the most significant games in the business for nothing, after all.

Red Dead Redemption 2 is a magnificently crafted, expansive recreation of the American Midwest at the start of the 20th century that takes place years before the events of its predecessor in the series. It follows the struggles of outlaw and gang member Arthur Morgan. As you work to preserve the American frontier age, be prepared for endless heists, gunfights, hunts, horseback rides, and bounties.

The iconic street racing game was created by Electronic Arts. To subsequently boast to their mates, everyone sought to accumulate more money within the game and modify their cars. In an open universe, the race allowed for intricate personalization of street-style cars with neon decorations and pricey wheels.

SimCity Maxis not only gave impetus to the development of the city-building genre, but also made non-linear simulators a phenomenon. The gamification of city planning spoke to a generation desperate to take control of their environment. Maxis asked us to mark the land for commercial, industrial and residential development, build transportation systems, manage the power grid and change the tax rate to keep the “sims” on the land happy. SimCity was educational, open, and impossible to get away from.

The fifth game in the series draws you into its fantasy atmosphere and won’t let go with its deep main plot quests and numerous side quests that are just as deep and intriguing. With a large range of weapons, talents, and abilities at your disposal, you are strongly encouraged to play your own way and choose how you want to spend your time. Skyrim’s enormous sense of scale in every aspect has continued to inspire the RPG games that have come after, building on the heritage of the Elder Scrolls series.

San Andreas has inspired countless memes and memories. Big Smoke, who is unable to hit the criminals on the roof, is on a mission with the train. Mini-games in the gym to amp up CJ’s power and make him rock hard. a variety of clothes from various retailers. Of course, having the most fun was possible using cheat codes. A living cult that has given rise to numerous controversies, tales, and memories is rockstar gangster action.

Without Minecraft, it’s difficult to picture what the video game business might look like today. Modern gaming has been influenced by Mojang‘s groundbreaking independent release, a multibillion dollar cultural phenomenon. Although Minecraft has gradually grown and changed, it has never forgotten how crucial it is to make the player’s creativity a core system, just as important as manufacturing items or engaging in combat. If you can imagine it, you can build it.

Web Developer – What Does They Do, And The Languages They Use
Some of The Most Crucial E-Learning Trends to Watch Out for in the Near Future
How to Build a Sales Funnel
5 Best Business English Course Online in 2022
Copyright © 2022 All Rights Reserved by Technology Times Now
Facebook Twitter Instagram Linkedin