Copyright © 2022 All Rights Reserved by Technology Times Now
Home » What Is » Web Developer – What Does They Do, And The Languages They Use
What Is

Web Developer – What Does They Do, And The Languages They Use 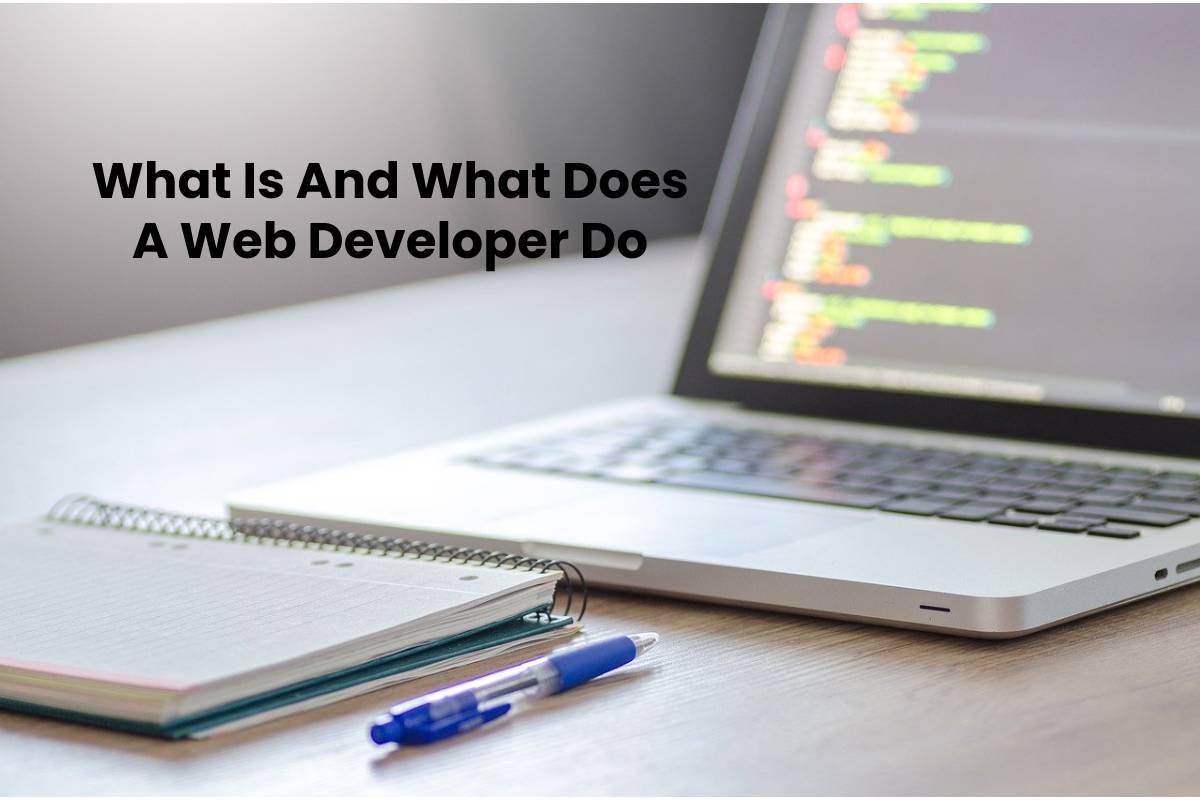 What does a Web Developer do?

A web developer or a programmer is someone who takes a web design – which has been created by either a client or a design team – and turns it into a website. They accomplish this by writing lines and lines of complex code, using a variety of languages. Web developers have a difficult job, because they practically have to take what we understand, like English, and translate it into a language that the computer understands, like Python or HTML.

As you can imagine, this takes a lot of time and effort and requires a deep understanding of various programming language ​​and their functionality. Different types of developers specialize in different areas, which means that large web projects generally collaborate between several different developers.

What Types of Web Developers are there?

A front-end developer takes the design of a website from a client or a design team and writes the code necessary to implement it on the web. A good front-end web developer would be proficient in at least three programming languages ​​- HTML, CSS, and JavaScript. If you want to create innovative websites with advanced coding and know more about web development in detail the Intellipaat Web development courses for you. Join the courses today!

HTML is a necessary language if you want to become any front-end developer. To fully explain it, I need you to do something for me:
Right-click on your browser website and select ‘view source code.’
This should take you to a new window containing all the necessary information for creating this web page. What you see is essentially HTML code. It shows the website what content to display and to some measure how to display it. At the head of the page, on the first line, you’ll see the <! DOCTYPE html> command. This tells your browser to anticipate HTML code.

Most JavaScript developers work on the front end of the website. They build little snippets of JavaScript code that make your site responsive, interactive, and attractive to your visitors. These JavaScript snippets are generally part of the website’s HTML source code.

Historically, PHP imposes on the definition of the web developer. Mostly Known as the internet language, it currently uses by more than 80% of the sites that exist. Although its popularity has gradually decreased, PHP is still an excellent language that any back-end developer should learn.

PHP is very easy to learn, and using it is also easy, making it very popular with beginning back-end developers. It stands out on small websites on platforms like WordPress or Wix, and there are plenty of freelance job opportunities for PHP developers.

The last language on our list is Java, which has been an important part of the web developer over the years. It is a historical language and is popular for a variety of different uses of programming. From a web development perspective, Java is used to create responsive and scalable web applications used for responsive and fast web design.

Review Web Developer – What Does They Do, And The Languages They Use. Cancel reply

We Bring You Three Free Tools To Back Up The Information On Your PC’s Hard Drive.

Is a Dedicated Conference Line Right For Your Business?
:https://twitter.com/smurrlewd/status/1357779557059821570
How to Fix [pii_email_f3e1c1a4c72c0521b558] Error in MS Outlook
A Brief Guide To Gambling With Binance
Copyright © 2022 All Rights Reserved by Technology Times Now
Facebook Twitter Instagram Linkedin