Copyright © 2022 All Rights Reserved by Technology Times Now
Home » How To » How Does Video Encoding Work?
How To

How Does Video Encoding Work? 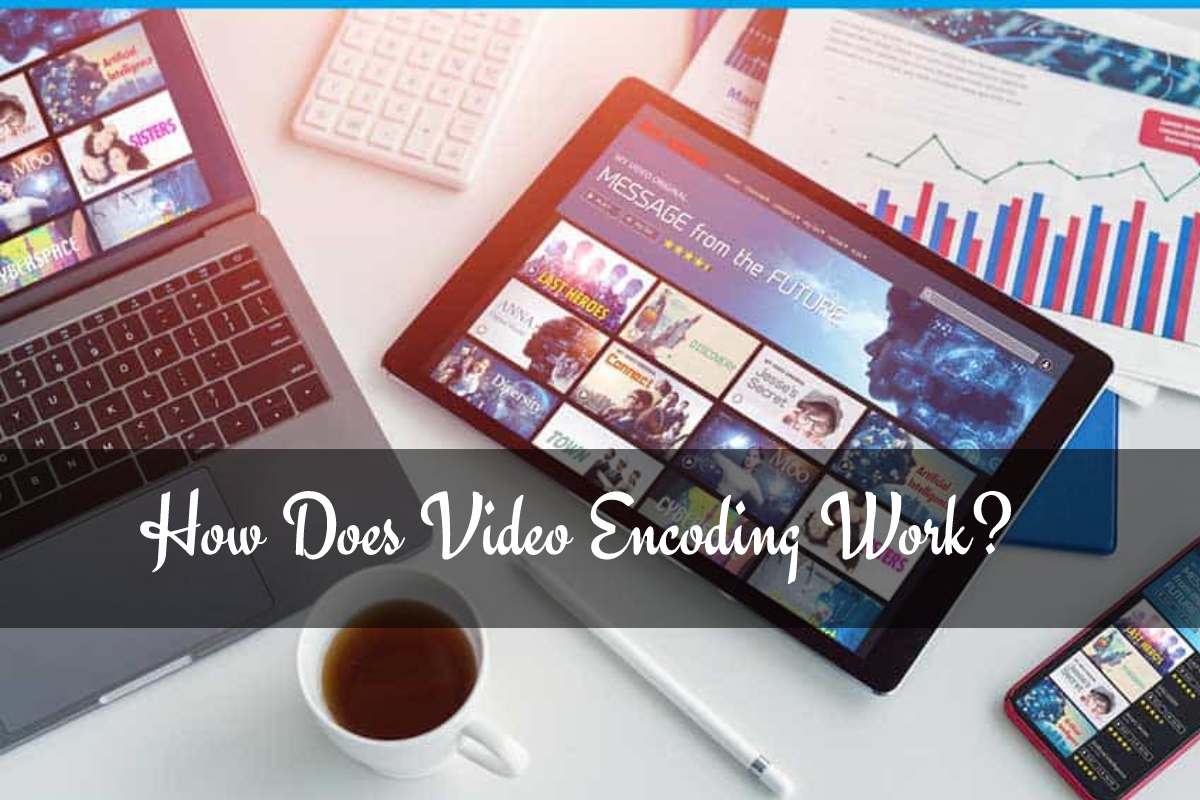 With the rapid development of the internet and technology, video streaming has also evolved massively in the past decade. Publishers, and broadcasters have started adopting advanced technologies for their video encoding and streaming capabilities, providing quality, low-latency video viewing experience.

In the times of VHS tapes and DVDs, large collections of still frames were used for motion pictures broadcasting, making it impossible to stream digitally due to its bulky size. With the wide reach of the internet network and limited bandwidth present for one viewer, you cannot upload and share the videos directly.

The video encoding technology has provided a solution to this technical video transmission problem from the recorded video files to the internet. Therefore, you must understand how video encoding works in the video streaming process, and also we must understand the difference between transcoding and encoding.

What Is Video Encoding?

Video encoding process involves compressing the large-sized video files to ensure that the viewer plays a running video instead of a series of individual images or frames. With the limited bandwidth available for video streaming, the original RAW video files cannot be directly uploaded for the viewers to download and play. Here the video encoding process steps in which makes the video motion to play as fluidly as possible. With the early followed video technology standard of 30 fps (frames per second), it is impractical to distribute videos with 30 photos in a second. Therefore, the video encoding helps in compressing the large video files into smaller chunks for easy video transmission.

How Does Video Encoding Work?

To understand the working of video encoding, let’s start with where and why the need to compress incur.

As it is not possible to upload RAW original large-sized video files for online streaming, it needs compression of those video files in a compatible format without impacting the quality of the video recorded.

Well, easier said than done. The major challenge here is to maintain the quality of the video while compressing the same.

To tackle this situation of sacrificing the video quality while reducing the file sizes, video encoding is developed. There are different video encoding standards and formats which help in ensuring maximum video compression with highest resolution/quality possible.

The basic process of video encoding working is:

You can also visualize the working of the video encoding process as a zip file compression. The video encoder with its in-built algorithm finds patterns within the video file and removes or replaces the repetitive frames with the original or previous frames, reducing the overall file size.

The only difference between the zip file compression and video encoding is that the zip file compression decompresses the file 100% back to the original format. Whereas, the video encoding compression transforms the original video file into a compressed format and provides the same quality and compression even when decoded by the user’s video player. As encoding a video squeezes the most possible visual data into smaller chunks, throwing away the unwanted details or data, resulting in some data loss, also known as lossy compression. The main challenging part is to figure out which part to throw, and which part to stream.

Another important differentiation to understand the video encoding process is between transcoding and encoding.

The video transcoding process helps in decompressing or decoding the video file from one codec format to another. For this purpose, the encoded video is used for transcoding into a particular format. In other words, you cannot transcode before encoding a video file.

The need to transcode a video arises from the fact that many-a-times you need to distribute the video transmission for various types of users and to cater to different device compatibility, transcoding is performed as an additional step to make the video viewable on different platforms.

But, video encoding happens as a necessary initial video compression process of an uncompressed video file. Though it is not necessary to transcode every encoded video file, depending on the purpose of transmission. For example, a video recorded on security cameras of a bank doesn’t need video transcoding, as it is only viewed by the bank’s security personnel. Whereas, if educational video content is recorded, it needs video transcoding to be viewed by different compatibility devices.

Now you understand what is video encoding and how it works in formatting and compressing the original video file into a digitally compatible video streaming file. The video encoding process helps in removing the unwanted repetitive video parts, and compresses the remaining parts into smaller video chunks for seamless video playback by different bandwidth viewers.

Gain eCommerce Insights: How eCommerce Experts Can Help Your Business

How Will Crypto Exchange Influence Your Business?

Best Design Tools To Learn in 2022

Top Tips For Renovating Your Home

How to Improve Sales Performance with Sales intelligence tool

What is Business Marketing?- How to Do and The 5 Channels for Business Marketing
Can CBD and Recreational Marijuana Assist or Affect Attentiveness?
Do You Heard About Road To Gaming Site
Industry NeXT: The Next Phase of Industrial Evolution
Copyright © 2022 All Rights Reserved by Technology Times Now
Facebook Twitter Instagram Linkedin