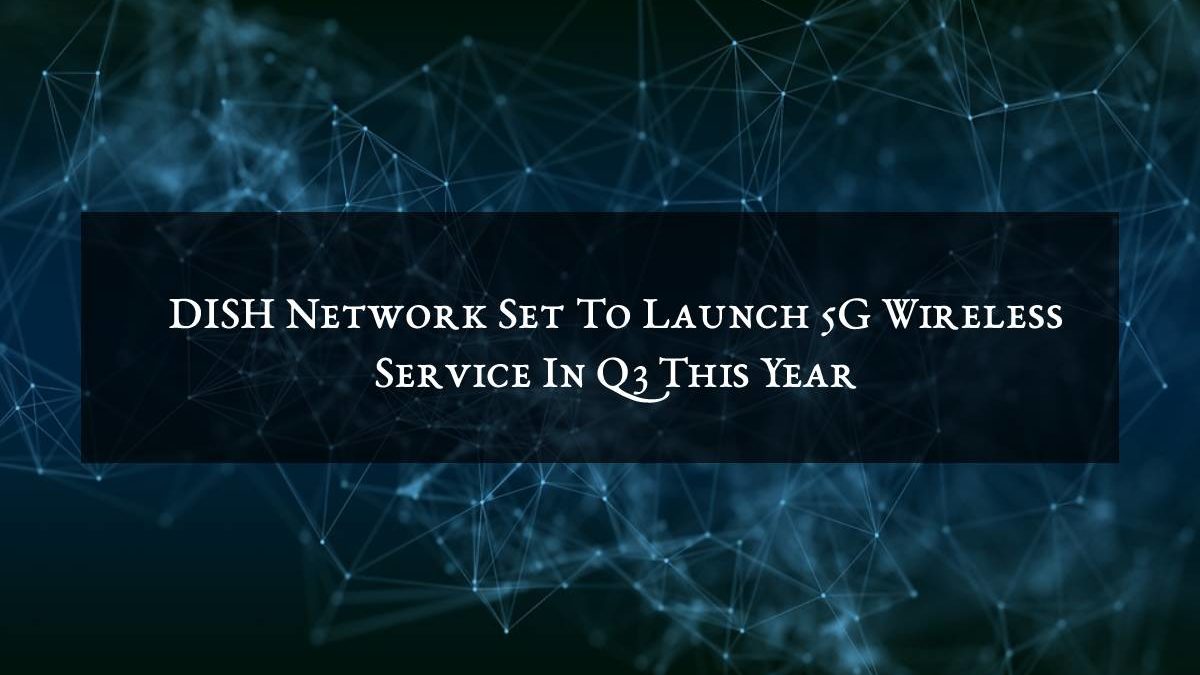 There’s good news out of DISH Network headquarters during the Q4 2020 earnings call last week; DISH reaffirmed that they still intend to have 5G online in their first major cities by the close of Q3 in 2021. This unofficially sets the launch of DISH wireless between July through September of this year.

Between their newly acquired Boost Mobile last year, Sprint out of the way and the FCC’s requirements issued to DISH to make the T-Mobile-Sprint merger happen; DISH Network is well on its way to becoming the fourth major wireless carrier in the US. DISH Network has been successfully managing Boost Mobile, that’s currently operating as a prepaid MVNO on T-Mobile.

Speculation says that once DISH has their wireless network up and running that it will be a postpaid service, but no further details have been disclosed outside of the estimated end of Q3 timeline. Service details like plans, prices and other deals will be disclosed closer to when the network opens to the public.

CEO Charlie Ergen Is Confident To Change The Wireless Game

Midst the Q4 2020 earnings call, CEO Charlie Ergen reviewed everything that DISH has completed so far in building out their new 5G network. Ergen showed his confidence in the company’s ability to not only succeed in wireless but as he says “help the United States actually start leading again in wireless.” That’s a very tall order that we now expect to be filled, almost immature as their network is not available to the public yet.

While the challenge to succeed in wireless for DISH Network is extraordinarily high, DISH doesn’t have the same obstacles that other wireless carriers have right now that many forget about. DISH Wireless will launch their service starting at 5G. Other providers like Verizon Wireless, AT&T and even T-Mobile still have to support their 4G service, and in some areas even 2G to 3G service to support all their companies.

Boost Mobile was acquired from Sprint last year and is now owned and operated by DISH Network. The company is a prepaid MVNO or mobile virtual network operator on T-Mobile with a collection of retail stores. This means that even though Boost Mobile is now owned by DISH, they only own the company itself, not the infrastructure by which it provides services to customers.

Boost Mobile customers can get service as low as $10 per line with unlimited talk, text and 1GB of 4G/5G data. All Boost Mobile plans include no service contracts, taxes and fees included, mobile hotspot access, unlimited talk and text with 99% nationwide coverage.

Quarterly earnings calls are exactly that; a long phone conversation about the status of a company’s financials. In DISH Network’s Q4 2020 earnings call, none of their financials came as a surprise to anyone in the industry. While on the call, CEO Charlie Ergen did take the opportunity to recap everything the company has done to get their wireless network underway. In case you missed the call, here’s is what they reviewed:

DISH made additional spectrum purchases in 2020 including low, mid and high band spectrum. The wide range in spectrum was to build out what DISH called the 5G “layer cake,” which will help with fast service but also wide coverage, which to date is exactly what their competitors are lacking in.

Cost of Choosing a Business Coach

How to Check Someone's Background for Free

How Do Technologies Influence The Consumer Shopping Experience?

SEO in 2021: A Site Owner Guide to What Works and What Doesn’t

Is Cloud or VPS Hosting Better?

Logo Design Ideas – Do you want to make a memorable impression with your company logo? Or maybe you’re ready…

Digitize your Business QR Code with the global economic crisis, one of the biggest lessons learned is the importance of…