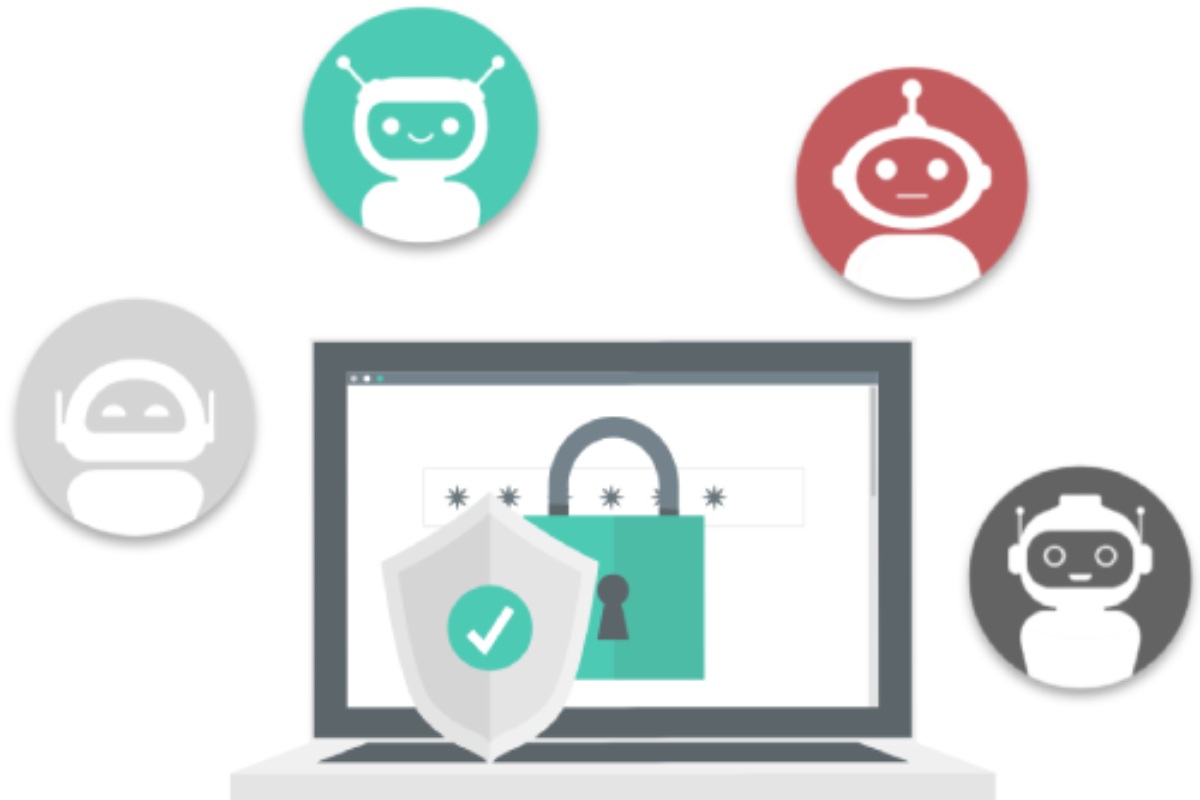 Anti-Bot Protection – You don’t hear about it much, but hackers and other bad actors still take down websites every once in a while. Having a robust set of anti-bot protection measures for your website is a vital first step in making it more difficult for hackers to exploit your weaknesses. In addition to potentially compromising your site, bots can make it difficult for legitimate users to access your servers, fill your site with ugly spam messages, or force you to deal with countless fake tickets and orders.

Why Bots Are Bad

Having a program access your site in and of itself isn’t bad. There are plenty of legitimate bots out there, from web crawlers for search engines to tools used to analyze websites. The issue occurs when you put a bad actor in charge of the bot accessing your site. Bots are very different from human users, so bad actors can leverage those differences to wreak havoc on your web presence.

One of the biggest advantages that bots have over humans is the ability to perform repetitive tasks fast. Humans take time to type, and even if they’re copying and pasting, they’ll have to find the right part of a site and then hit the keys on their keyboard to make text appear. Bots don’t have that limitation. If you’re using a popular CMS as the base of your site, a bot can be programmed to fill up your comment sections with spam in milliseconds. Even if you’ve got a totally custom website, any place where a user can put text can be exploited by a bot. Bots can attempt to target hundreds or thousands of sites in mere minutes, spreading ugly spam all around unprotected sites on the internet.

Another place where this advantage serves bots well is the password field. A well-written bot can crack passwords in minutes. Unlike human users, bots can try to log in as fast as your server allows, attempting password and username combinations many times a second. Modern bots can cross-reference lists of common passwords, hacked information from other sites, and even information they know about the owner of the site to try to narrow the field and guess passwords that are more likely to work. It’s vital that any place where a visitor can log into your site is well protected against bots to discourage this type of attack.

One of the most malicious things a bot can do is simply attempt to load your website or download your content. On its own, this kind of action isn’t particularly impactful. When it’s executed thousands or millions of times from computers all around the world, however, your site will essentially break. This is because the server your site is hosted on can only send out so many packets at a time. If there are many more malicious actors trying to get your data than there are real users, your site won’t be able to do its job.

This sort of event is often called a DDoS attack, or a distributed denial of service attack. Modern hosting providers often have sophisticated tracking measures that limit your exposure to this sort of thing, but it’s very difficult to prevent completely. Your hosting provider might direct suspicious traffic through a gateway page that’s full of anti-bot technology, allowing it to filter out bots from legitimate web traffic. Legitimate web traffic is then directed to your actual site, while the bots are sent somewhere else. Again, though, it’s very difficult to completely remove your vulnerability to a DDoS attack. In the previous example, if a botnet ever figures out how to directly access your actual site and skip the gateway the operator can execute an attack as if you weren’t protected at all.

Modern anti-bot protection uses a two-step process. First, it attempts to identify which users are bots. Second, it attempts to limit those users’ access to vital site areas and resources, keeping you protected.

You’ve probably seen a CAPTCHA when you try to log into a website. Modern CAPTCHAs often take the form of a little tick box where a user can specify that they’re not a robot. Believe it or not, this works really well! This is because the little box doesn’t just track whether it’s clicked or not. It follows your mouse or finger as you move around the page, notes information about your IP address and browser, and considers how long it took you to read the messages on the page and fill out the other fields. If there’s any doubt about your identity as a human, the CAPTCHA can throw you an additional challenge, like identifying images, finding letters amidst visual noise, or even transcribing a short audio sample.

Malicious bot authors are aware of the measurements that anti-bot protection software uses to try to distinguish bots from legitimate users. High-end bots use advanced techniques like machine learning to emulate human users to an uncanny degree. Anti-bot protection software usually catches up, but it can sometimes take a few days or weeks before security researchers can effectively detect the latest wave of malicious bots.

One of the most important adages in software engineering is “don’t reinvent the wheel.” Popular systems like CAPTCHA aren’t perfect, but they’re proven solutions that can get you most of the way there with little to no effort on your part. Most CMS platforms have plugins that can help detect and eliminate bots, while your custom-built website was likely built by an expert who can help you add on anti-bot capabilities and keep you safe. When you can, try to leverage outside help and take advantage of free solutions like CAPTCHA to serve as a starting point. Talk to your hosting provider about anti-DDoS protection and consider talking to an expert about how to configure your server for extra safety. None of these things will reduce your risk of a bot attack to zero, but they’re all very easy and can reduce it by a very, very substantial margin.

Review Why Anti-Bot Protection Is Vital For Your Website. Cancel reply

Creating Your Conference Room At Home

3 Taxes You Should Know About

Here Are 8 Key Benefits of Technology in a Business

Why is a no-code test automation platform for Salesforce the best choice?
6 Smart Ways to Help a 3rd Grader With Writing
What is MongoDB Sharding?: A Comprehensive Guide
How to Save Your Company Money Through Technology
Copyright © 2022 All Rights Reserved by Technology Times Now
Facebook Twitter Instagram Linkedin