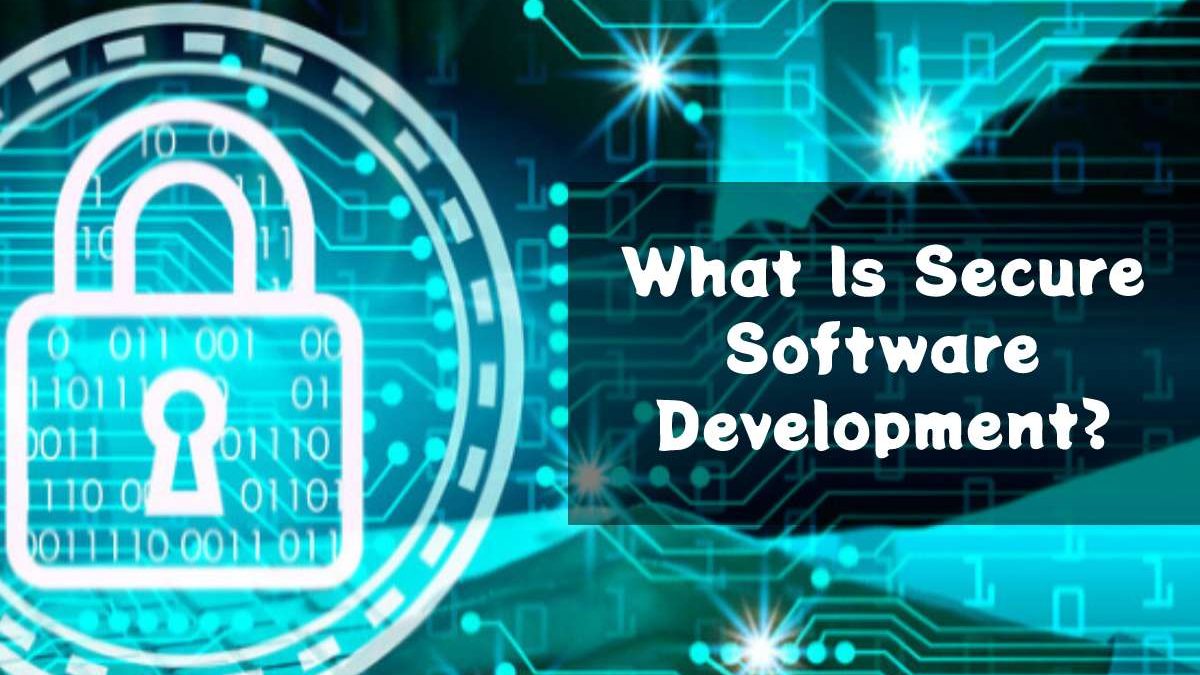 What Is Secure Software Development?

However, none of this trust should be taken for granted. Software development is not an inherently secure process. In fact, in many ways it is an inherently vulnerable process. To maintain this public trust in the software consumers depend on, secure software development should be the primary concern of every developer. and the Advantages of Using Software Development Tool, which can make or break your business’s Softwares.

What Does Secure Software Development Mean?

Software code is not inherently secure. In fact, the opposite is true. Robust programming languages like C++, JavaScript, and Python have inherent security vulnerabilities. Security of the software solution under development needs to be an active consideration with every line of code written.

A major component of a secure software development life cycle is the adherence to various established security standards. Compliance with these security standards may be mandatory to satisfy regulators, depending on the industry and the functions performed by the software. Examples of security standards developers may be required to follow include:

Secure software development isn’t just about implementing best security practices during the coding and development phase, either. After the code is written, the software must be tested. Various digital tools can be used to test the code and the running application for security risks, either by in-house IT teams or third-party companies.

Why Is Secure Software Development Important?

The cost of cybercrime can be devastating. Users can face severe victimization, but the most severe casualties are often the companies themselves. They can face fines, lawsuits, and catastrophic loss of brand trust.

The average cost of a data breach to a victimized organization was last calculated at $3.86 million. The global cost of cybercrime is expected to increase 15% annually until it tips the scales at $10.5 trillion by 2025.

Perhaps the most sobering statistic related to cybercrime is that 60% of small businesses close their doors for good within six months after becoming the victim of a data breach.

The bigger the business or organization, the more dramatic the results. A 2021 software breach gave hackers access to the Colonial Pipeline, causing gas shortages for millions of Americans across the eastern seaboard.

Other dramatic software breaches within the last ten years include:

What Are Some Tools Used in Secure Software Development

Software developers and third-party cybersecurity specialists have a number of tools in their arsenal to enhance the security of new software solutions. These tools constantly evolve, because the tools of cybercriminals are constantly evolving too. It’s an arms race, and cybersecurity experts need to make sure that their firepower is evenly matched with the firepower of the hackers.

Liventus details some other secure software development tools in this guide.

The war between cybercriminals and cybersecurity experts will never come to a satisfactory conclusion. But through secure software development life cycles, secure software development frameworks, established security controls, testing tools, and the expertise of third-party cybersecurity experts, developers can continue to offer consumers the peace of mind that the software they use is as secure as it can possibly be.

Technologies That Are Shaping Your Future

Video as A Promotion Tool – Is Your Business Missing Out?

4 Tips To Choose The Right Keywords For International SEO Campaigns