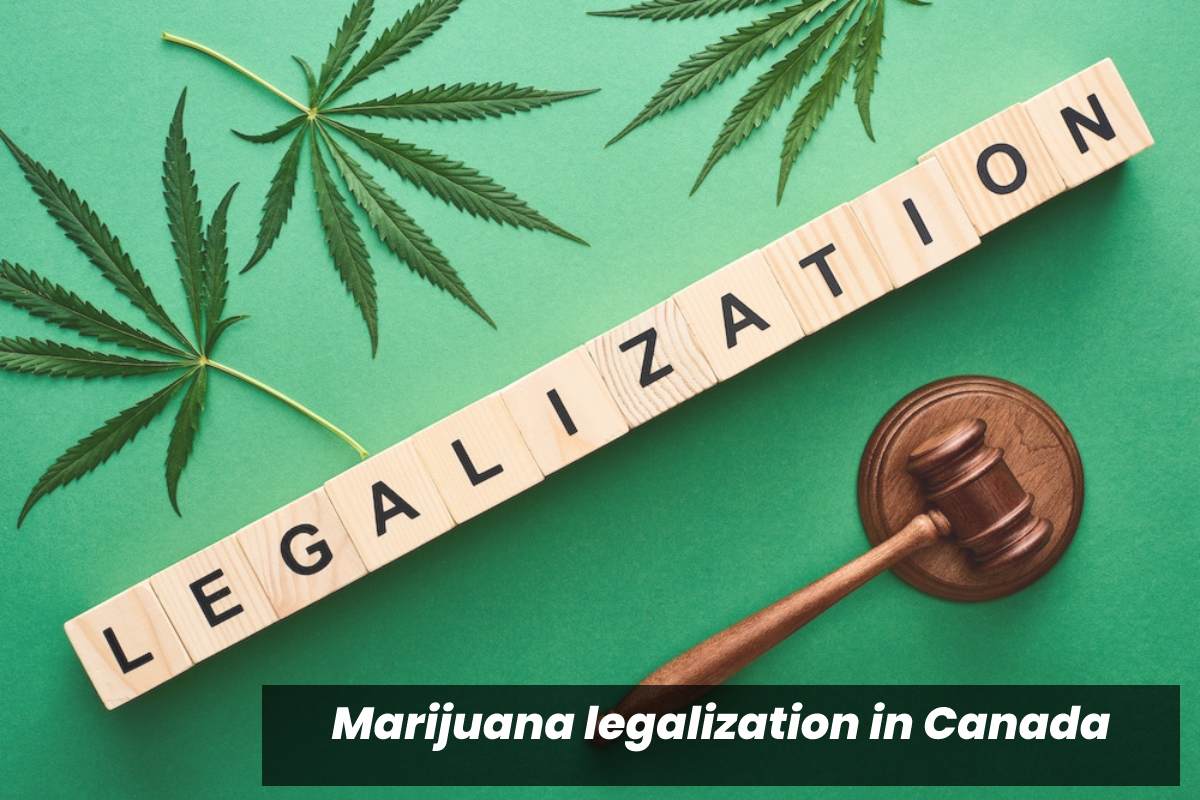 Marijuana legalization – Canada announced the decision back in 2001, and in October 2018, the country legalized marijuana for personal use. Despite some people’s skepticism, since the decision, teenagers have been using less marijuana, and the black market has begun to shrink.

Some companies have prepared well for this moment,

they now grow more marijuana than they can sell. Canada has exempted the possession and cultivation of cannabis but has increased penalties for those who sell it to minors.

People are not smoking more marijuana, and teenagers are using less of it.

When the law was first being talked about, the argument from the opponent was that people would use more marijuana, and mostly teenagers. But two years after legalization, researchers have documented nothing of the sort.

About 6 percent of Canadians use cannabis daily – the same percentage was before the decision to legalize. The percentage of 18- to 24-year-olds who use marijuana hasn’t changed – overall, it’s the same as before – 1 in 3.

Teenagers aged 15-17 years old have halved their use – the percentage has dropped from 20 percent to 10 percent. But older Canadians are buying more marijuana.

In the years before legalization, investors invested millions of dollars to develop cannabis cultivation on an industrial scale. By the end of last year, there were more than a billion grams of legal cannabis in warehouses across Canada that somehow couldn’t be sold. Approximately 30 million grams are consumed each month in Canada. Producers were growing cannabis at a high rate even before stores were licensed to sell it and open. They harvested about 360 million grams last year.

The fact that this marijuana business is controlled differently in different Canadian provinces also played a big role. Alberta, for example, has been accepting offers for licenses since March 2018, so cannabis stores opened quickly.

In Ontario, the most populous province, retail licenses were issued much more slowly. And sales here are regulated differently: the Ontario Government Cannabis Shop (OCS) buys cannabis from licensed producers, sets the price of the product, and then sells it to private retail stores.

The big Canadian companies hoped that cannabis would soon be fully legalized in the U.S. as well, but that didn’t happen. Now the world’s largest cannabis grower, Canada’s Canopy Growth is closing five of its plants and laying off about 220 employees. Other growers are disposing of their “lower quality” products and hope that this year, Health Canada will allow over-the-counter CBD-based drugs and health products.

The black market for cannabis has declined but has not disappeared.

Much of that black money has gone out the window in the past couple of years. And when you typed buy shatter online in the system, a lot of selling Web sites appear. Informal vendors are hanging in place still, peddling by the card, not taxing, and offering a broader range of selection. The big illegal merchants are aiming to supply foreign destinations, primarily in the U.S.

Besides, the government had no time for the illegal outlets last summer. They have been fighting a drug crisis that resulted in an estimated 1,548 deaths by overdose in the Province of British Columbia between January 2020 and October 2020 alone.

Canada’s Prime minister, Justin Trudeau, has promised the legalization will allow not just rich men with ties to escape a criminal record. Also, just typing the search engine phrase order weed online now reveals wide selection of cannabis. “Trudeau has illustrated the system’s biases through a family history. Police discovered a pair of pots in possession of Michel, his little brother, back in 1998. And that’s also when their dad, Pierre Trudeau, the former premier, exercised his clout and influence to avoid going to trial.

Ethereum: How Can I Buy It?
10 Reasons To Use a CRM for Exponential Growth
How to Delete Backup Files in Windows 10
How to Get the Best from Your Employees
Copyright © 2022 All Rights Reserved by Technology Times Now
Facebook Twitter Instagram Linkedin