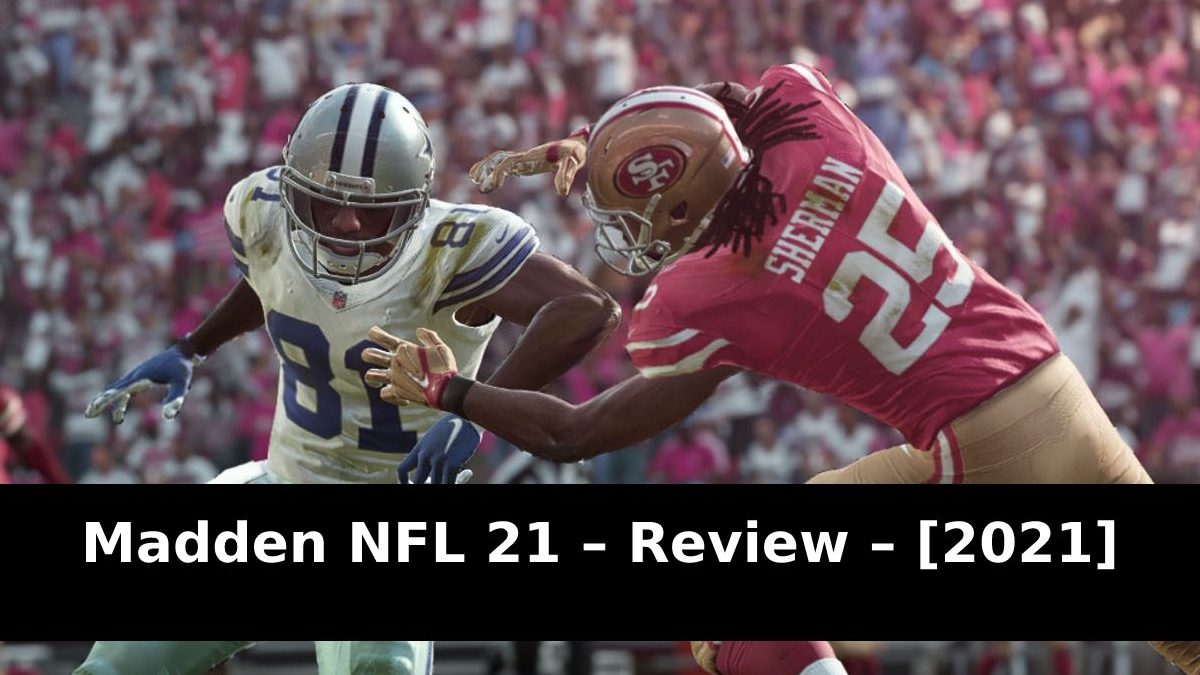 The Madden NFL series is already a classic among video games, and it also has the honor of being one of the longest-running series in video games. With this background, and with the millions of followers that this sport has around the world – especially in the United States – those of us who follow American football from afar, we are very grateful that it continues to be published in countries where there are hardly any followers of this sport.

One of the problems EA Sports has to deal with every year is showing that they have worked hard on a version that is sold at full price and avoiding the feeling that they have dedicated themselves to updating the squads and kits and little else. For that, in each installment, new content is worked on that surprises the players, and that gives them back in fun what they have paid for the game. Furthermore, many players opt to buy mut 21 coins and enjoy the game experience by using these coins.

We can tell you that this year they have not succeeded, and despite including some new features, the general feeling that Madden NFL 21 leaves us is that an update has been made, two tweaks have been added, and the game has been released.

This happens from time to time with all franchises that have annual delivery, it is something inevitable, and it has happened to the best. Still, when you have been waiting a year for a new delivery, and you find something like that, it is difficult to deal with the feeling of frustration that leaves you. With everything and that, Madden NFL 21 also has its good things. Moreover, you can buy Madden 21 Coins and enjoy many more features of this game.

An Overview of the Features of Madden NFL 21

One of those things for which the Madden series stands out, and this installment is no less than the previous ones, is its spectacular presentation. In both its visual and sound sections, the developers’ obsession with detail is already a benchmark of the saga.

On this occasion, we cannot say that the improvement is very great compared to previous deliveries. Still, we will not assess that negatively because it is logical to have already reached the ceiling of the generation graphically speaking. Regarding soundtrack choice, we also understand that it is something subjective, although perhaps some variety is missed in musical genres.

Regarding comments and the rest of the sound section, the game is still at a high level. They even allow themselves the luxury of making a humorous comment when our quarterback makes a difficult pass like “Wow .. have you seen that pass? It was a video game … it’s as if we were watching a Madden game “. A small break in the fourth wall that is funny.

Madden NFL made a leap with the 21 offshoots in terms of its internationality. The professional league has long since opened up to the global audience, and now you can see that in the video game. Finally, the stadiums of the “International Series” are included:

Matches can be played in the new Tottenham Hotspur stadium or in London’s Wembley Stadium, and the Azteca Stadium in Mexico City is also available. But it shouldn’t have been at the venues. The two new arenas in Los Angeles, the SoFi Stadium in Inglewood and the Allegiant Stadium as the Las Vegas Raiders’ home, are also available in Madden NFL 21.

Little or nothing has changed graphically for the time being. For now, because Madden NFL 21 has yet to make the leap to the next-gen Playstation 5 and Xbox Series X consoles. Presumably, the optics will then be significantly upgraded, and changes could also become noticeable through play. Whether there will be changes to the gameplay if Madden NFL takes the next-gen hurdle remains to be seen – nothing is known yet.

It is again up to date the discussion about the most expensive roster update of the year. At Madden NFL 21, you can argue about whether the investment is worth the money or not – but this year, you have to take into account that you can also get the upgrade to the next-gen version at no extra charge. Current-gen players are probably not interested in this, and they expect the series to be further developed.

EA Tiburon basically delivers that, too, if you look in detail: Everything feels slightly more precise on the pitch, especially having to play the defensive part is now far more interesting because you can actually influence the game as a player. Put the offense under pressure? Go! Bringing cool tackles to the screen? Go! Decide the match with the D-Line? Also works!

This shows how valuable even small changes can be. However, if you only look at the big picture, Madden NFL 21 will see a Madden NFL 20, with all the strengths and weaknesses of the previous year. In any case, you have to slowly ask yourself what major adjustments are to be expected when it comes to sports games. There aren’t that many – at least from the Madden NFL simulation perspective. Of course, EA Tiburon could put more love into the Ultimate Team mode in the future or renew the franchise mode, maybe even invest more work in the story mode – the latter, however, already looks much more focused this year.

How Long Does It Take To Fix An Internet Outage?

7 Things to Consider When Choosing a SERP Checker

What are the most important differences between the functional and the non-functional testing systems?

What is Microsoft Sharepoint And Resources Available For Sharepoint?

7 Ways To Save Money In The Material Handling Industry

5 Industries That Transformed Due to Technological Advancements