Home > Reviews > The Lifespan of Solar Panels And Degradation 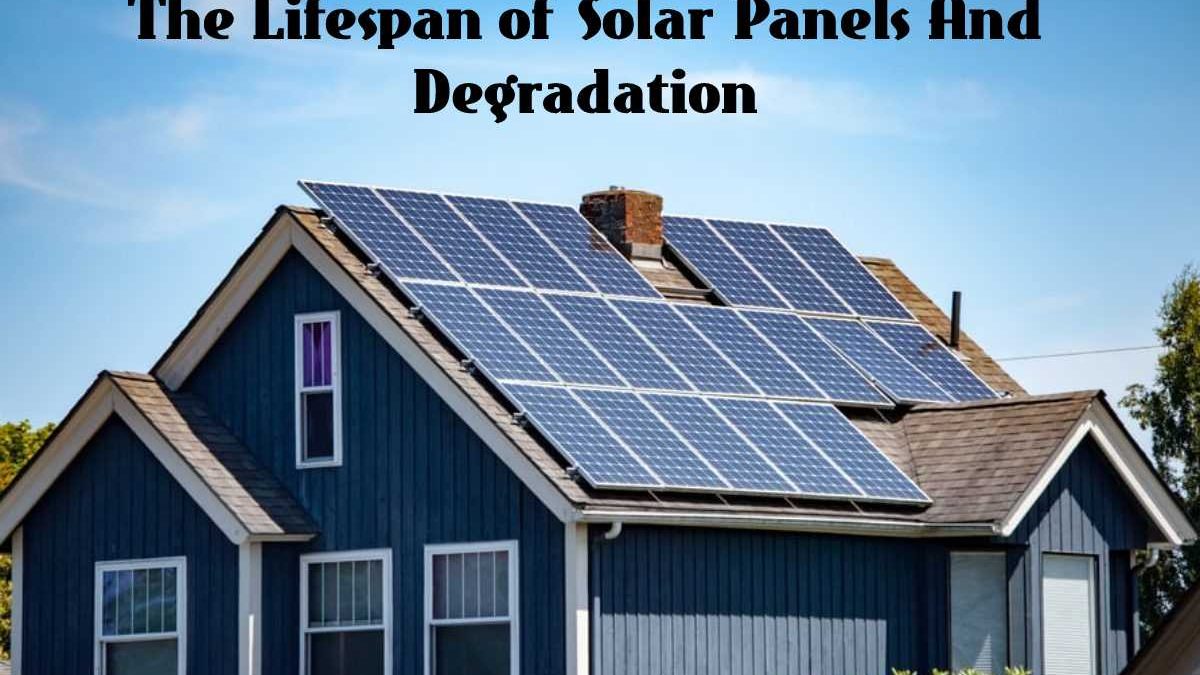 The Lifespan of Solar Panels And Degradation

Solar Panels – Cheeses, cast iron skillets, high-quality leather, and 401(k)s are just a few examples of items that improve with age. This is not the case, however, with a lot of the equipment you buy. Most equipment, whether they’re cars, tractors, or complex gear, have a limited lifespan.

Solar panels are no different in this aspect, despite being a great long-term investment for many businesses, farms, and residences. It’s crucial to understand the lifetime of solar before choosing if it’s good for you. We’ll go through how long your solar system should last, how time affects your panels, and what you can do to make the most of your investment.

What Is the Average Life Expectancy of Solar Panels?

Solar panels can be guaranteed for 25 to 30 years, depending on the manufacturer, but it’s extremely likely that your panels will continue to provide electricity for much longer. The system’s “useful life” is defined as the first 25 to 30 years following installation, however solar panels can continue to provide electricity for decades longer. In fact, at the ripe old age of 60, the world’s first modern solar panel is still producing electricity!

What is the expected lifetime of a solar panel? Solar panels, like a lot of other equipment, don’t work well for the first 30 years of its life and eventually quit operating. Instead, solar panels produce less electricity as they age, and at a very gradual rate. Degradation is the term for this procedure.

The manufacturer warranties on most solar panels fluctuate as they age due to panel degradation. For the first ten years, most manufacturers guarantee 90 percent of panel output. After ten years, the percentage falls to 80% for the next 15 to 20 years.

Your panels can continue to generate electricity after the system’s useful life is over. Depending on your budget, you may wish to replace your panels with new ones that produce more electricity.

What is the Degradation of Solar Panels?

All solar panels deteriorate over time, resulting in less electricity being produced from the same quantity of sunshine. What causes this, and how can it be avoided? External forces, such as the weather, wear down the panels, reducing their ability to generate electricity.

Microcracks that occur in the silicon of the solar cells are one method in which solar panels degrade. Electrical connections weaken as a result of these little cracks, resulting in fewer paths for electrons from the sun to take, and thus less energy reaching your inverter and into your home, business, or farm. Adhesion problems and discolouration in junction boxes are further difficulties.

It’s a challenging subject to address because there are so many different ways panels might deteriorate due to so many different circumstances. Manufacturers of solar panels are continually improving and finding new ways to reduce degradation so that your panels can continue to provide power. In the interim, your panels are guaranteed to degrade at or below a certain rate, so you can rest easy knowing your money is protected.

What Leads to Solar Panel Degeneration?

Solar panel degradation is caused by a variety of causes, but many of them revolve around something that is difficult to control: the weather.

Thermal cycling is one typical way for microcracks to occur. Almost everything grows when it gets warm. Things contract when it is cold. Solar panels aren’t immune to movement, and it’s the constant back and forth that causes the cracks.

Strong winds, on the other hand, might force the panels to bend, which is referred to as a dynamic mechanical load. This shouldn’t be a major contributor to degradation if your solar system is installed by professionals and you use high-quality panels. Extreme cold and heat, humidity, snow and ice, and solar system components with differing voltage potentials all contribute to the gradual degradation of solar panels.

“Does sunlight cause degradation?” is another common question we get. – what makes solar panels work! Fortunately, most solar panel manufacturers include UV blockers in their panels, which shield them from the majority of damage, but the light does play a role in degradation.

When your solar panels are first exposed to the sun and its UV radiation, they degrade at one of the fastest rates. Light-induced deterioration is the term for this phenomenon (LID). In this short time, your panels can decline by 1 to 3%, but after that, the rate of degradation reduces dramatically.

Solar Panels: How Long Do They Last?

Solar panels deteriorate at a 1% annual rate on average no matter which solar companies in Nevada they chose. The solar panel manufacturer’s warranty backs this up, guaranteeing 90% production in the first ten years and 80% by year 25 or 30.

The National Renewable Energy Laboratory’s (NREL) report, on the other hand, paints a more accurate picture of solar panel degradation. This study looked at the deterioration rates of nearly 2,000 solar systems from around the world in a variety of climates and discovered that monocrystalline panels built after 2000 decayed at a rate of only 0.4 percent, which is less than half of the 1 percent figure used in warranties.

While solar panels lose a few percentage points owing to LID straight away, the rate of degradation lowers dramatically with time.

What Can We Do?

Solar panel degradation is unavoidable, just as a car only operates for a given number of miles or a piece of equipment begins to lose its touch after a certain number of years. However, you’re still making a wise investment that will lower your company’s or family’s monthly expenses. Is there a way to extend the useful life of your solar panels, similar to changing the oil in your car?

There isn’t much to do with solar panels because they don’t have any moving parts. It’s preferable if you plan ahead of time before your system is installed. Even though solar panels are strong and built to bear pressure, they may be damaged significantly during the installation process. You want to be sure you’re working with authorized industry experts who will install your system properly and carefully, utilising high-quality panels and parts.

Review The Lifespan of Solar Panels And Degradation. Cancel reply

Some Interesting Facts you should know about the Italian Language

Buyer’s Guide: Essential Features You Need To Know About The Galaxy Buds