Overmolding vs Insert Molding: How The Two Injection Molding Techniques Are Changing The Industry 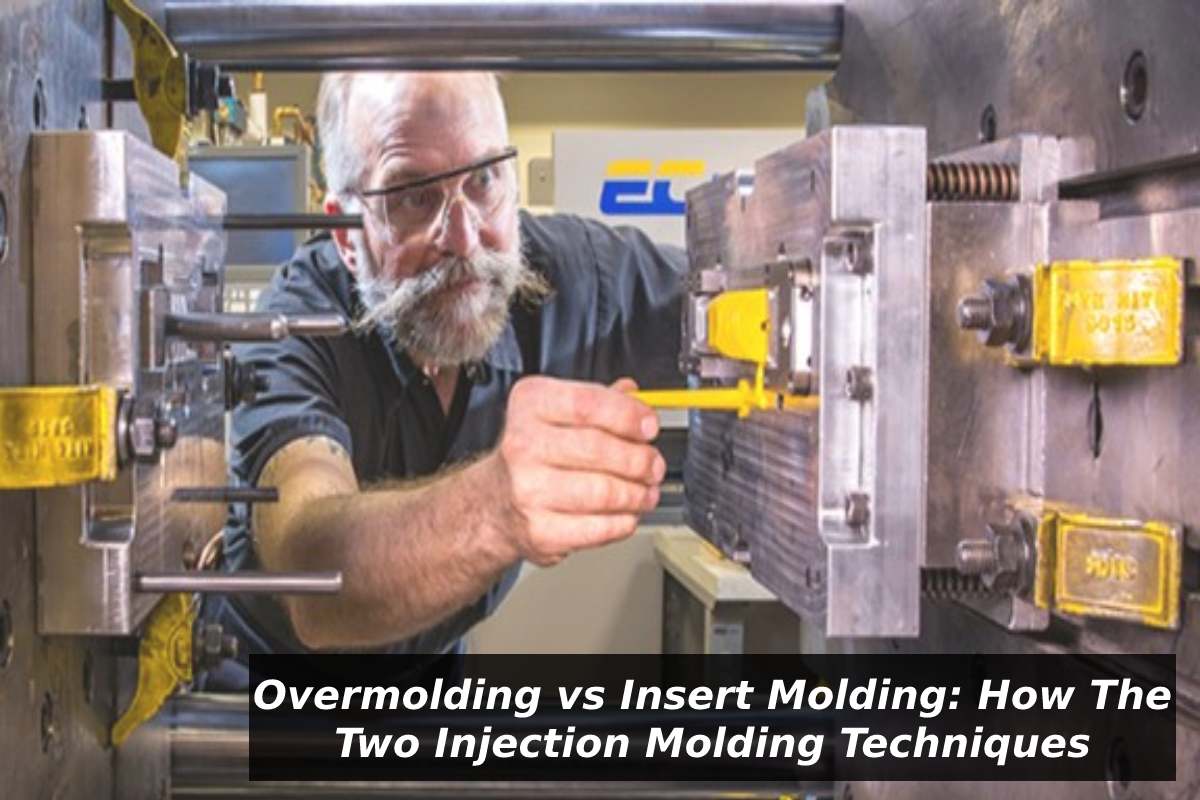 Overmolding vs Insert Molding – With the introduction of insert molding and overmolding, gripping everyday equipment has never been easier. When comparing overmolding vs insert molding, however, confusion sometimes arises. It’s understandable because the two have comparable applications and are both injection molding techniques. 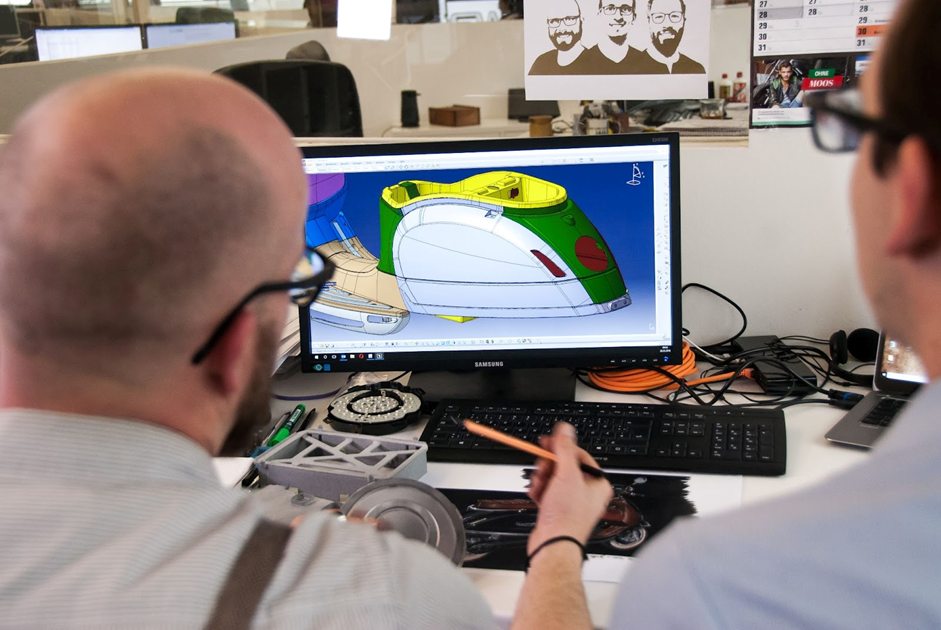 Nevertheless, a closer examination reveals that the processes and several of their applications are distinct. In any case, both insert molding and overmolding have numerous advantages. In this article, you’ll learn about the distinctions between overmolding and insert molding, how each manufacturing technique is used, and the benefits and drawbacks of each.

What Is Overmolding And How Does It Work?

Overmolding is a multi-step injection molding method that involves molding two or more components on top of each other. Because it is a two-step technique, overmolding is also known as two-shot molding. 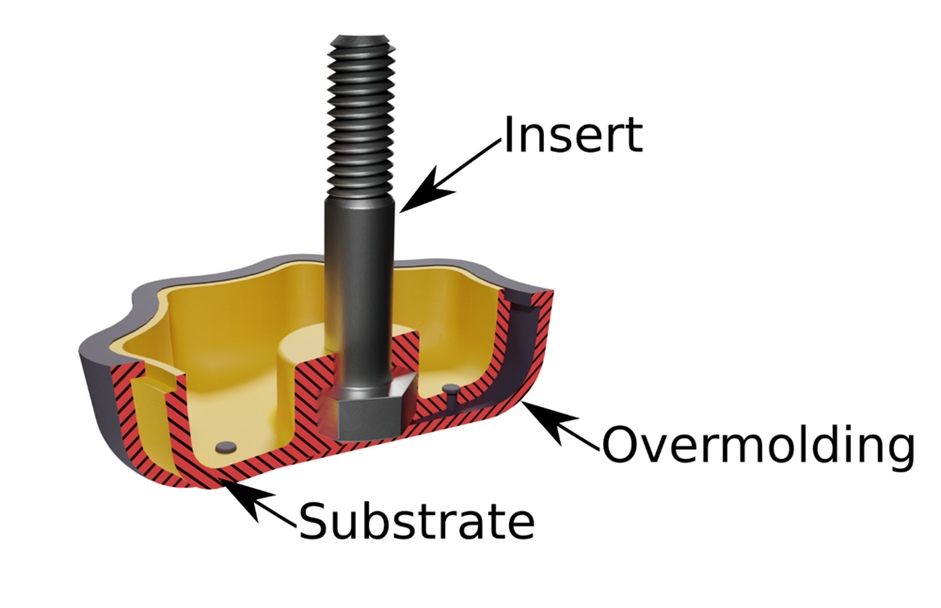 The first step is to mold and cure a base component, also known as substrate. Plastic is commonly used for overmolded substrates. Then, to make a single solid component, a second layer is molded immediately on top of the first. Overmolding is a common method of producing plastic items with a rubber handle. Overmolding a toothbrush, for example, is a two-step procedure that involves producing a base layer for the plastic handle and a top layer of rubber in order to make the toothbrush less slippery to hold.

The Pros Of Overmolding

Overmolding has numerous advantages, as it’s relatively simple to make goods using multiple colors and/or materials. In comparison to alternative production methods where a part would need to be transferred to a whole separate mold or machine, overmolding requires fewer man-hours. And since the parts are made directly on top of one another, overmolding eliminates the necessity for product assembly, resulting in a stronger, more durable overall design.

For big production runs and/or items with colorful and multi-layered designs, overmolding is frequently the optimum manufacturing process that experienced manufacturers have in mind when they think about how to get the project done.

What About Insert Molding?

Insert molding, on the other hand, is a type of injection molding process that involves the formation of a secondary element over a substrate. Insert molding and overmolding are distinguished by the fact that insert molding is done on a pre-existing substrate, a.k.a an inner component or a base. A prefabricated element is introduced into a mold, and then a second layer is built around it, which is typically made in a different facility or purchased from another company.

Insert molding is commonly used to add a plastic layer to a metal layer, such as a plastic handle to a metal screwdriver. Insert molding can also be used to make wiring, insulated pipes, and other similar goods, as well as to embed electronics into plastics.

The Pros Of Insert Molding

Insert molding, like overmolding, is used to manufacture sturdy parts that don’t require assembly, but insert molding allows you to employ a wider range of materials. You can, for example, put computer chips or wires in a plastic case to safeguard them. For instance, the ability to make sterilized plastic housings for life-saving medical devices and implants is perhaps the most astounding benefit of insert molding.

However, insert molding has the same constraints as overmolding. If you don’t use a 3D printer for test runs, prototyping can be difficult. The substrate must often be suspended within the mold in order to make the final result, hence tooling must be quite exact.

Which One To Choose?

Injection molding techniques such as overmolding and insert molding are both effective. They assist in the creation of a variety of parts for a wide range of applications. Before deciding on a procedure for your project, it’s crucial to understand the difference between overmolding and insert molding. The process you’ll require depends on the type of finished object you want and how it’ll be used.

The speed of overmolding definitely makes it a more attractive process in terms of getting your product onto the market quickly. While insert molding may be more inexpensive, this can be negated by the overall costs of running two separate molds. If you’re in a rush, overmolding might be your best bet. However, it’s important to remember that sometimes, situations require both of these processes to be used together.

In conclusion, anyone can see that both overmolding and insert molding have their advantages and disadvantages, but it ultimately comes down to the project and its expectations. The key to all of this is to do your research to make the choice of which manufacturing process will work best for you. But we hope that we have helped you in some way by giving you an insight into both of these processes and what each of them can potentially offer. Good luck with your next project!

5 Tips to Help You Monetize Your Blog

How Is AI Transforming the Face of Website Accessibility?
How Have Top Marketers Responded to the Pandemic?
NFC Technology – What is It, How it Works, and what is DNI 3.0?
7 Proven Tips for Great Copywriting
Copyright © 2022 All Rights Reserved by Technology Times Now
Facebook Twitter Instagram Linkedin