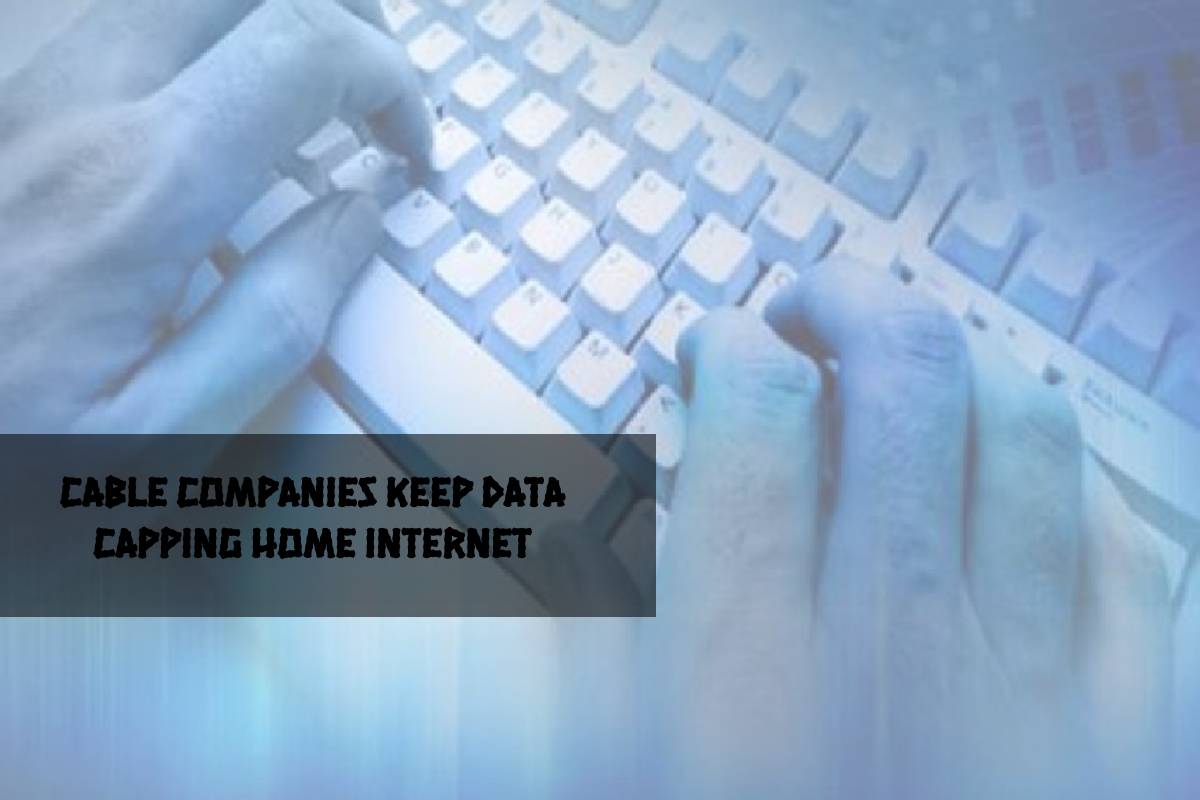 Data Capping – Everything you do on the internet uses data, whether it is checking your emails or binge-watching your favorite show on online streaming platforms, or participating in a zoom meeting, you are using data in Megabytes and Gigabytes and all of it counts towards your data cap.

If you are surprised by a sudden hike in your cable bill this month, it could be because you spent too much time on the internet and exceeded your data cap.

A data cap is a maximum amount of data you are allowed to use per month by your ISP (commonly referred to as fair usage policy, usage allowance, and data limit or data usage). Your provider will usually send a warning when you’ve neared and passed your usage limit, and then you’ll receive overage charges on your next bill.

In response to the Coronavirus pandemic, more than 60 companies have signed on to the Federal Communication Commission’s Keep America Connected Pledge, promising changes that will protect Americans on a budget, introducing consumer-friendly policies like boosting speeds and waiving data caps, as households were doing more work from home, but as the pandemic has worn on, a growing number of cable companies are once again beginning to impose so-called “data caps” on their home internet service, and it includes one of the largest provider of cable internet in the country Comcast.

What Happens If You Go Over Your Data Limit?

From the beginning of this New Year, Comcast reintroduced a data cap on its internet service, limiting household users to 1.2 Terabytes of data per month. (A Terabyte equals 1024 Gigabytes). This data limit is currently in operation in 27 states across the country out of the 39 operated by Comcast (though according to the information available, it doesn’t start charging the customers until March)

Going over your data cap can lead to costly overage charges —many providers charge $10 for every 50 GB you go over per month—. Even if you go just one gigabyte over your limit, you’ll still be paying for all of those 50 Gigabytes, there is no pro-rata option available.

Other providers —namely satellite internet providers HughesNet and Viasat —have a “soft cap.”— Instead of charging you money when you go over, they’ll throttle down your internet to a fraction of its usual speed, which will leave you thirsting for more speed, of course, you can buy more monthly data if you want to. But it’ll come at a hefty cost.

Here is a breakdown of data caps across different service providers:

How Easy To Cross Data Caps?

Although we agree with internet providers that 1 TB (1,024 GB) of data is more than enough to last most customers for a month and applies to only 5% of the households, with more and more use of the internet it’s quite easy to hit the data cap. For instance, a streaming video from an online platform like Netflix uses around 3 Gigabytes of data per hour and if a household has 4 active users, with their own devices, with their online learning, zoom meetings, it’s easy to hit the cap within no time.

Why do ISPs Enforce Data Caps?

The answer is multi-fold, the short and simple reason why internet service providers use data caps is that they can, even though the additional bandwidth is extremely cheap, Internet-service providers can get away with this because of the lack of competition in most markets, meaning that customers can’t simply switch providers if they’re unhappy about the fees.

They also use it as a scare tactic, to encourage the consumers to upgrade their plans rather than run the risk of overage charges.

They also do it because the ISPs can produce only so much bandwidth and capacity, so they actively discourage users from using too much data which might slow down internet speeds for other users.

Some companies have opted not to impose data caps, not because as a goodwill gesture, but it requires a certain capability in back-office technology and all the companies don’t have it at this point.

How Can You Avoid Going Over Your Data Cap?

Use a data usage monitor program to check how much data is used and how much is left before you hit the data cap and plan accordingly.

If you are constantly hitting the data cap every month, consider upgrading your plan, it might turn out to be economical in the long run.

5 Industries That Transformed Due to Technological Advancements

3 Fixes For Your Slow Internet With These Networking Options